Are you searching for an informative article on how to jack up a car from the front? When working under your vehicle, one thing you should bear in mind is that it can be dangerous if you fail to follow safety precautions. The best way is to AVOID taking shortcuts or try to use the wrong equipment.

Make sure you DO NOT attempt to go underneath your vehicle when it’s only the jack supporting it. Before you go underneath it, make sure that it’s supported securely on jack stands before going under it. This post gives 11 steps on how to jack up a car from the front.

How to Jack up A Car from the Front

Ensure that you park your vehicle on an even and firm ground. Ensure that you put it in first gear if it has a manual gearbox or in Park position. Another thing is to ensure that its parking brake is engaged. You should then switch off the ignition and remove the car key.

If your vehicle’s jack shows signs of disrepair or it leaks fluid, stop working and replace or repair your jack before you proceed. Take the floor jack and ensure the pressure relief valve is closed. You close this valve by clockwise twisting the jack lever.

Locate the part of your vehicle where the secure jack point is. This area is specifically designed to make contact with the jack and is typically near wheels or between the front wheel.

It can safely support your vehicle’s weight, without slipping off the jack. The best way is by checking your car owner’s manual to know its jack points.

To raise one of your car’s front wheels, position the jack just behind the front wheel. Then slide the jack into the area of the jack point that you have chosen.

Position the jack in a way that won’t slip of the car’s jack point. Adjust the jack’s position in ways that will ensure is makes secure contact with the jack point area.

Now pump the jack handle back up and down several times to raise your vehicle. The best tip here is to watch where the jack makes contact with your car. Raise your car until it reaches the desired height, which will allow you to put your jack stand(s) in place.

Slide your car’s jack stand(s) into place securely near the jack. That’s under a secure area of your vehicle’s frame. The role of the jack is to raise your vehicle. The jack stand’s role is to hold the car in place.

As soon as you finish servicing your vehicle, use its jack to raise it up back an inch or so. Then remove the jack stand(s).

You should then proceed to open the release valve of the jack and lower your vehicle slowly back to the firm ground. You should then remove the jack.

The above informative article on how to jack up a car from the front should be of help to you. Make sure you use your jack for only emergencies repairs, not routine maintenance. 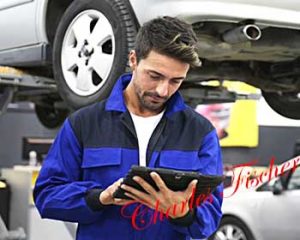 Hello my name is Charles D. Fischer, the man behind Best Floor Jack Review. I will be glad to help you out with any auto repair issues that you may have. For the last 10 years, I have been running our family-owned Auto Repair shop and therefore I have great experience to assist you. Feel free to ask anything. 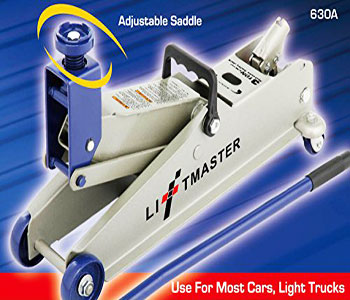